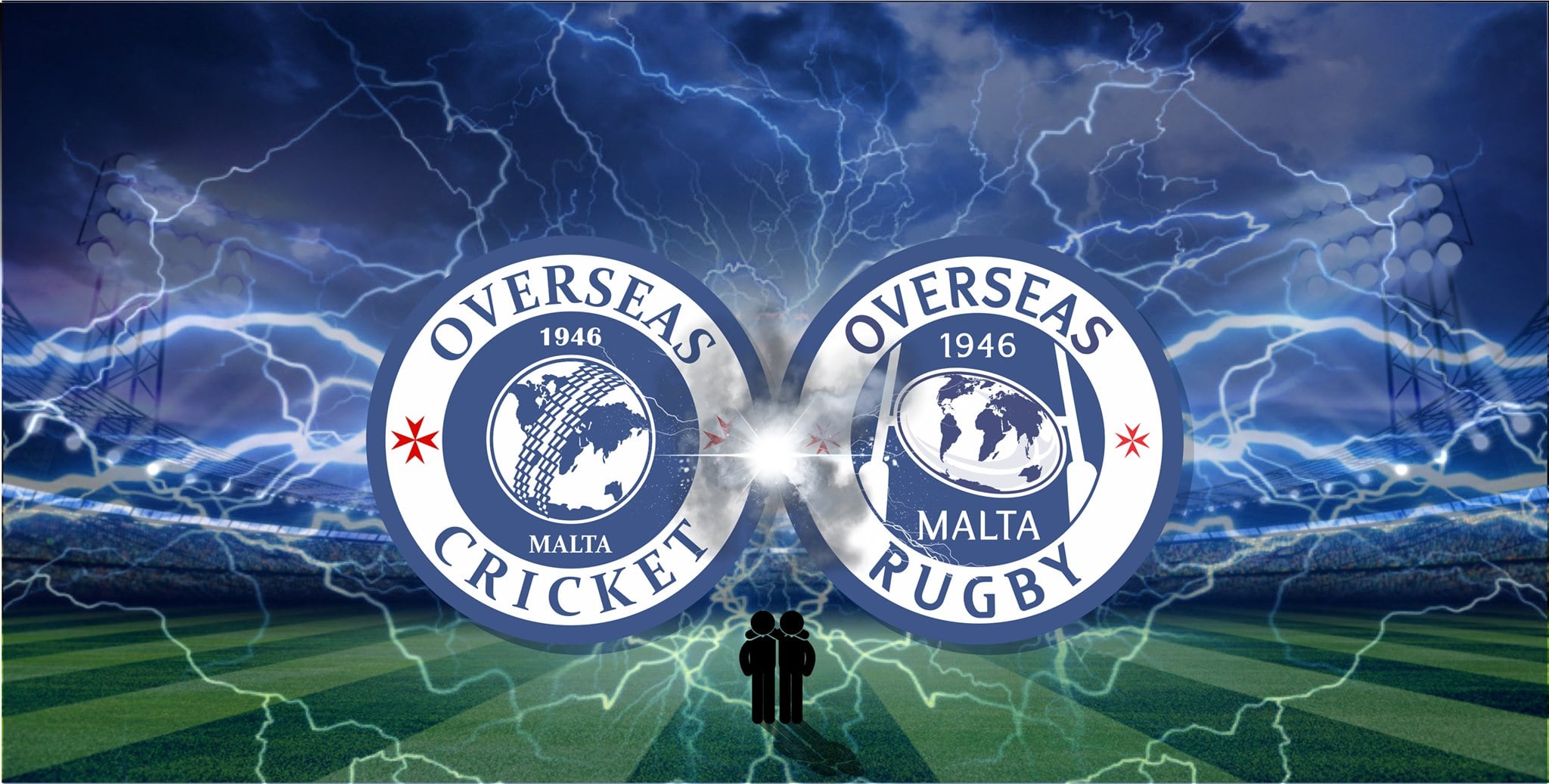 Overseas Rugby Club and St. John’s Cricket Club are delighted to announce that they will be competing in this summers Malta Cricket League with their newly formed Overseas Cricket Club.

The cricket team has been created after a series of discussions between the rugby club and the very successful St. Johns Cricket Club, after which it was agreed to affiliate the cricket team and rename it Overseas CC.

There are a number of the rugby players who are also members of the cricket team so there was a mutual interest in bringing the two teams closer together. The two sports have always had close connections around the world, with many players involved in both..

Cricket is one of the fastest growing sports on the island with the number of league teams increasing from five to twelve in just two seasons. The game is increasingly popular amongst young children on the island and it is expected to continue to expand in the time ahead.

When the original Overseas club was founded in 1946 it soon established a successful cricket team which played here for many years, usually against visiting teams. On one occasion it was said that an Australian gentleman by the name of Don Bradman played for the team on a visit to the island. For any cricket team in the world this would have been a great honour and we remain very proud of this piece of our history.

We invite anyone from our rugby community to join up and to come along and have an enjoyable time – you will be very welcome.

CricketMalta Cricket LeagueRugby
Share Now
Recent Posts
Recent Comments
Categories
We use cookies on our website to give you the most relevant experience by remembering your preferences and repeat visits. By clicking “Accept All”, you consent to the use of ALL the cookies. However, you may visit "Cookie Settings" to provide a controlled consent.
Cookie SettingsAccept All
Manage consent

This website uses cookies to improve your experience while you navigate through the website. Out of these, the cookies that are categorized as necessary are stored on your browser as they are essential for the working of basic functionalities of the website. We also use third-party cookies that help us analyze and understand how you use this website. These cookies will be stored in your browser only with your consent. You also have the option to opt-out of these cookies. But opting out of some of these cookies may affect your browsing experience.
Necessary Always Enabled
Necessary cookies are absolutely essential for the website to function properly. These cookies ensure basic functionalities and security features of the website, anonymously.
Functional
Functional cookies help to perform certain functionalities like sharing the content of the website on social media platforms, collect feedbacks, and other third-party features.
Performance
Performance cookies are used to understand and analyze the key performance indexes of the website which helps in delivering a better user experience for the visitors.
Analytics
Analytical cookies are used to understand how visitors interact with the website. These cookies help provide information on metrics the number of visitors, bounce rate, traffic source, etc.
Advertisement
Advertisement cookies are used to provide visitors with relevant ads and marketing campaigns. These cookies track visitors across websites and collect information to provide customized ads.
Others
Other uncategorized cookies are those that are being analyzed and have not been classified into a category as yet.
SAVE & ACCEPT
Posting....